Set to the tune of Greensleeves, “The Old Year Now Away Is Fled” dates to as early as 1642. It was a common practice, then, to set new lyrics to familiar melodies, and Greensleeves, which dates to the 1500s, was a popular melody. The version I present retains the chord structure of the tune, but the melody is new.

It was recorded using GarageBand and its built-in instruments.

Most people think of Greensleeves as a Christmas carol, but originally it was a romance: “Alas, my love, you do me wrong, to cast me off discourteously.” (See my version at the bottom of the post.) In 1865, William Chatterton Dix wrote a poem called “The Manger Throne,” and shortly after its publication, someone set three stanzas of the poem to the tune of Greensleeves. “What Child Is This?” remains a popular carol to this day.

“The Old Year Now Away Is Fled” is both religious and festive. Some lines relate the story of Christ, others champion the right of friends to imbibe “good liquor.” 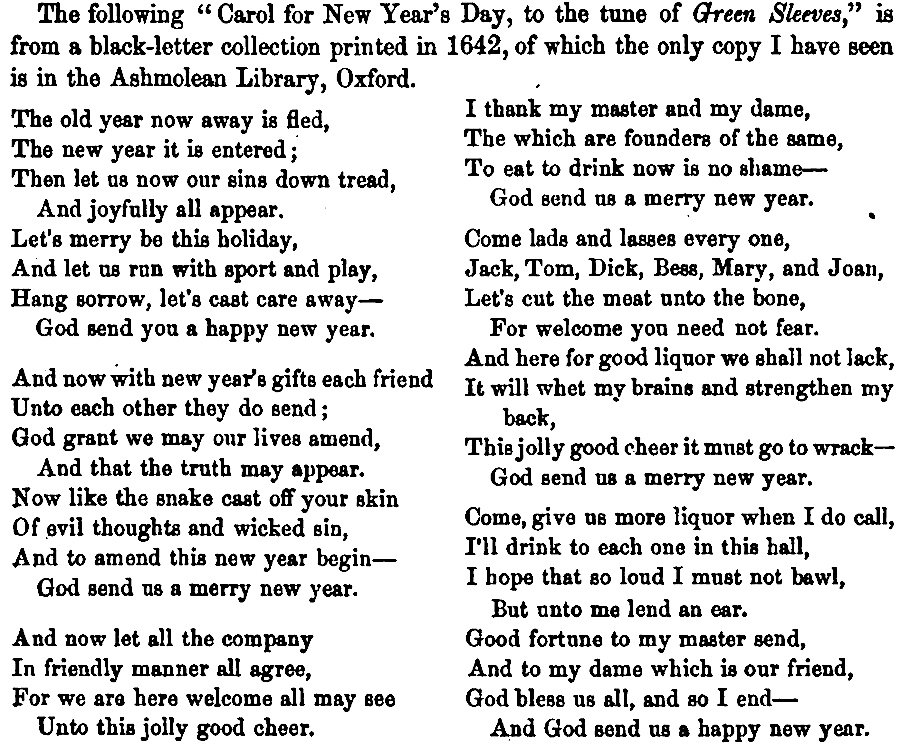 From Carols and Poems from the Fifteenth Century to the Present Time, by Arthur Henry Bullen, 1886 – 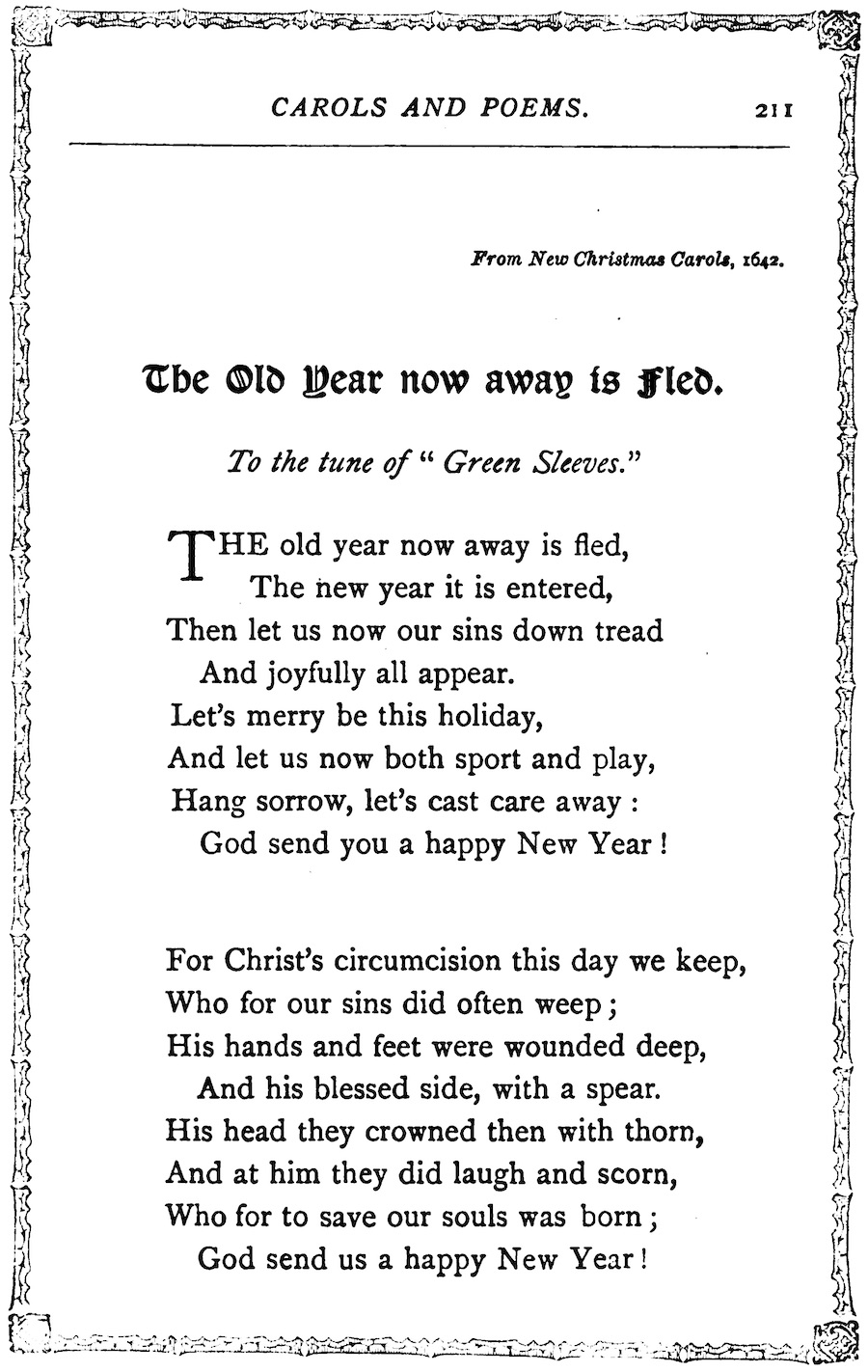 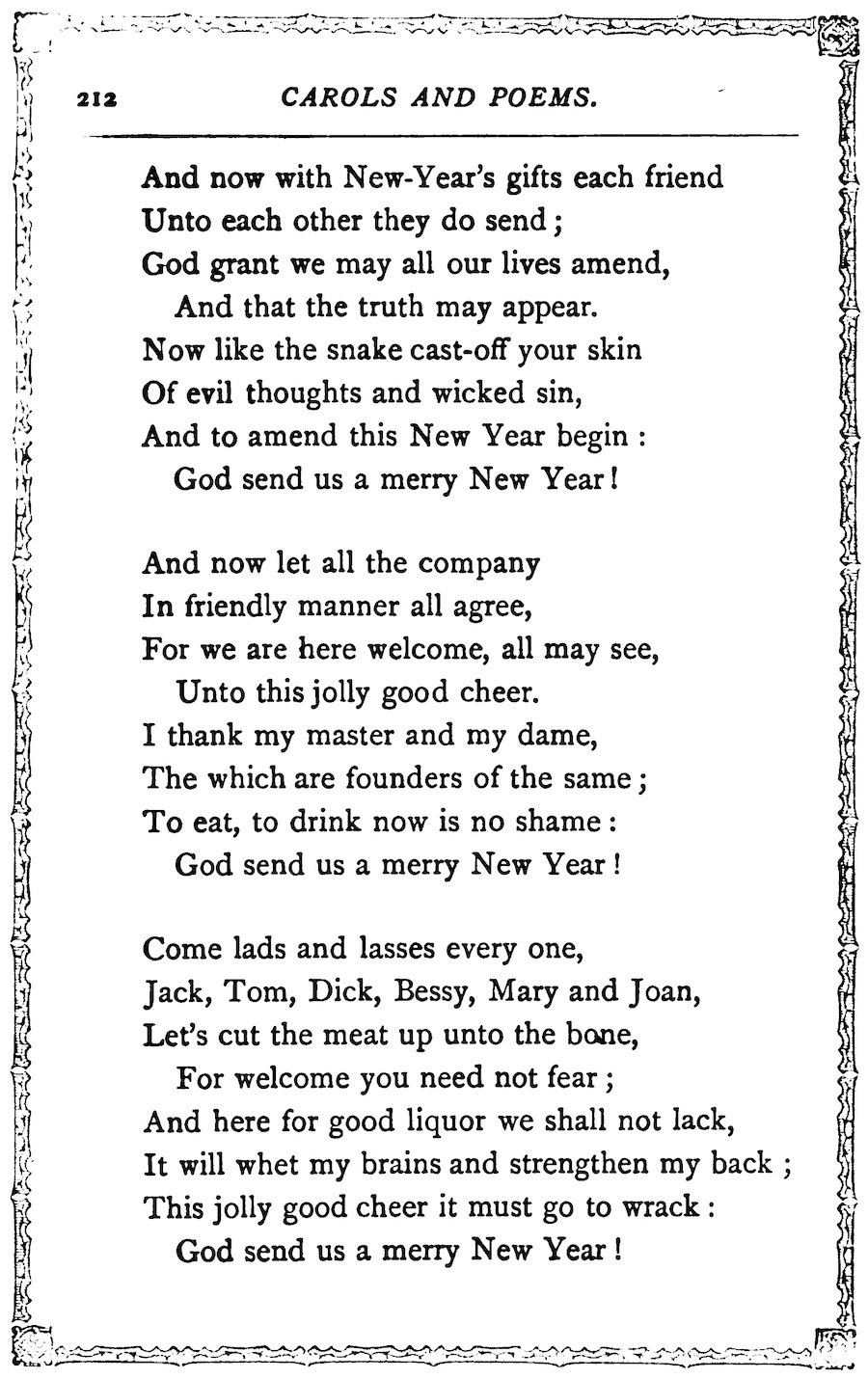 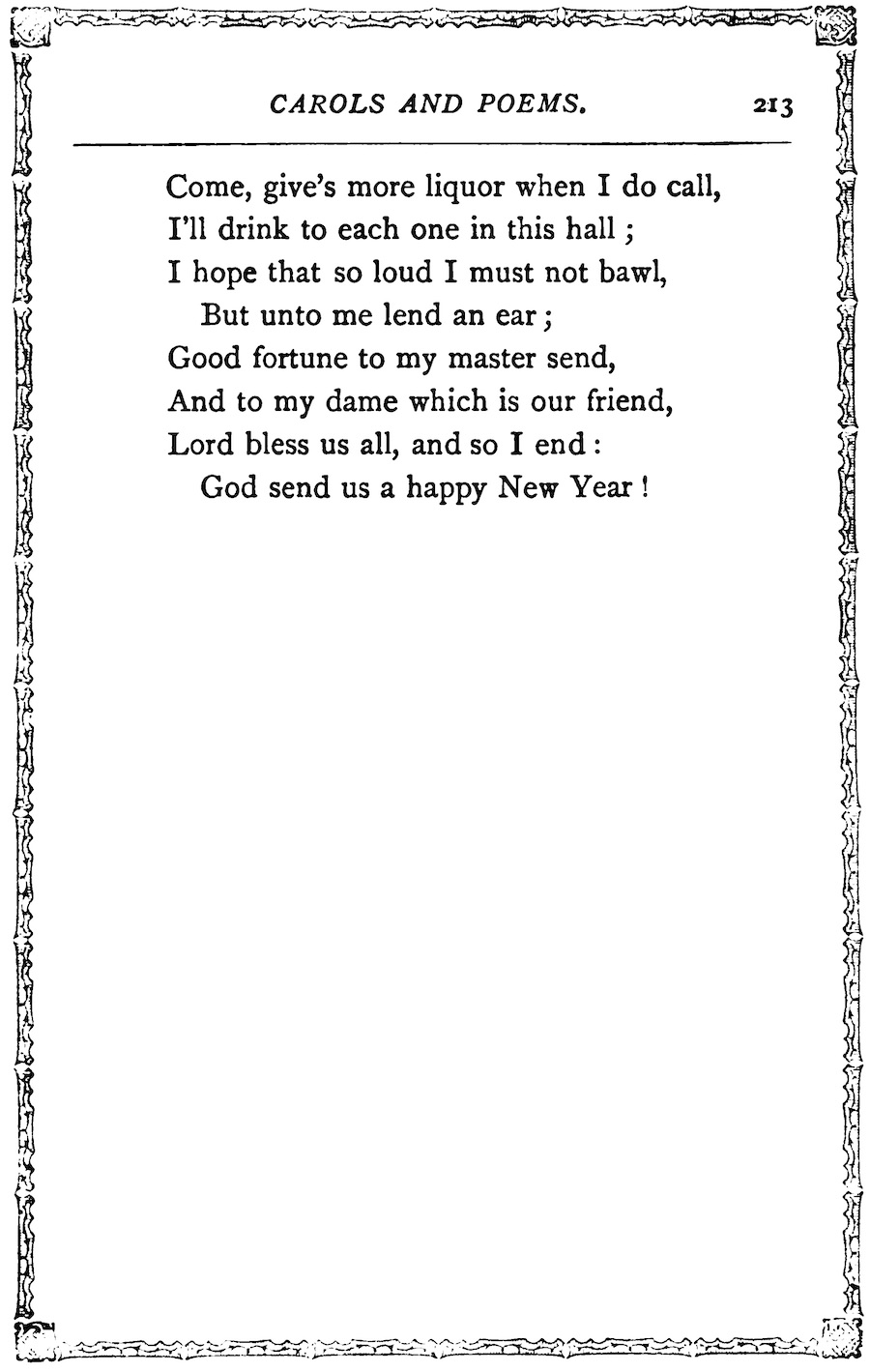 Tagged carolGreensleevesWhat Child is This?